By Steve Corscadden on November 23, 2020 in Special Notice

Effective June 7th the summer hours for the rifle and handgun ranges are as follows:

****TRAP and SKEET will still be open for practices as usual on Wednesdays and Sundays.

Air Shooters are preparing to open!!
After a long silence, we have received word that we can soon open the indoor range.
If you would like to see the indoor and outdoor ranges, we invite you to attend our open house, Sunday July 18, 2021 between 9:30-11:30 AM.
Carmen Barclay Hamm & Douglas Peterson will be on site to share information and answer your questions. We are excited to open this new discipline in the basement of the Nanaimo Fish and Game Clubhouse. If you have experience coaching air rifle or pistol we would like to connect with you.
Please let me know if you have any questions.
Thank You,
Carmen Barclay Hamm
250-714-8754

The Indoor Archery range in the log building is open Tuesday, Thursday and  Sunday evenings from 6 PM to 8 PM,
The range is also open Sunday and Wednesday mornings from 9 AM- 11:59 AM.
The indoor Archery range is open to current members and guests with their own equipment only.
There will be no “new shooter” evenings or formal coaching available at this time.

*Do not come to the range if you or a member of your family are sick or are experiencing any of the following;

Wearing a mask is recommended for all persons over the age of 12, unless they are fully vaccinated. Masks do not need to be worn on the shooting line.
On arrival at the log building members will sign in with their name membership number, date and time.
Members are reminded to sign out prior to leaving the range.

The club is only able to remain open by the efforts of our members who volunteer as Range Officers who monitor attendance and ensure we comply to the guidelines. If it wasn’t for them none of us would be shooting and you need to thank them every time you attend and follow their instructions. If you don’t like the conditions required to attend and use the club facilities do not attend, but if you do attend always be courteous to the Range Officers – they did not make these rules. If you are interested in becoming a Range Officer  please contact Rob Clark

At this point in time, due to the unique circumstances of the size of our property and the number of ranges we have, we are able to keep our facilities open with a few restrictions:

All members are encouraged to follow “the basics” including:

We should remain aware that this is a very fluid situation and our plan may change as required. We will continue to monitor the situation closely, and respond as required. We thank all Vancouver Islanders for their effort to date, and encourage everyone to continue the fight until this Virus is beaten.

By Steve Corscadden on November 11, 2020 in Special Notice The Nature Trust of BC is now a leading non-profit land conservation organization. Since 1971 they have acquired more than 500 conservation properties in British Columbia. END_OF_DOCUMENT_TOKEN_TO_BE_REPLACED 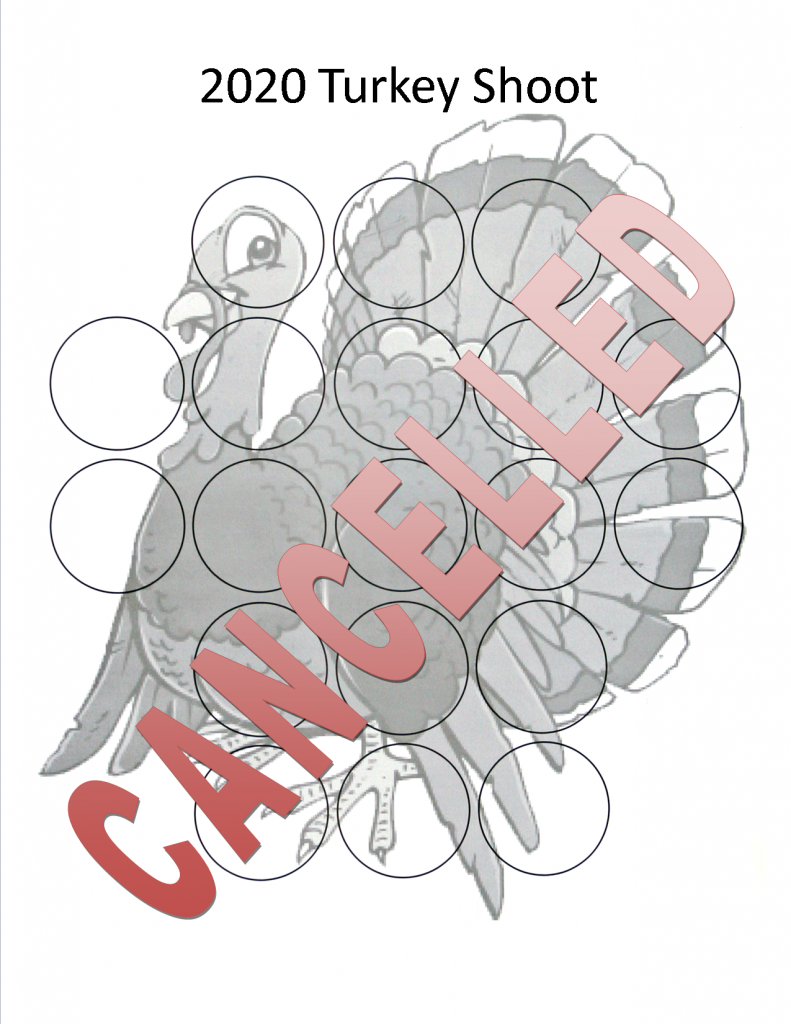 By Steve Corscadden on August 22, 2020 in Special Notice

Over the last few months, the Club has undergone a number of changes and the Executive greatly appreciate your understanding and patience.  During our closure, we implored you to continue to renew your memberships so that we could continue to maintain the Club and support initiatives that matter to our membership. In an overwhelming show of support for the Club, you did just that and the Executive offered to extend memberships by the duration of the closure to show our appreciation.

The Executive has explored a number of options in an attempt to implement this.  The unfortunate reality is we will not be able to do it.  As many of you are aware, your Nanaimo Fish and Game membership includes membership in the BCWF and with that third party liability, ATV and boat insurance.  By extending your membership, your BCWF membership and insurance would lapse, leaving you uninsured for the duration of the extension.  The Executive sincerely apologises for this. In lieu of the extension, the Executive would like to offer the membership reimbursement for the nine weeks you were unable to use the facilities.  This would amount to between $9 and $23, depending on your membership type.  If you would like to take the Club up on this offer, please email Nanaimofishandgamerefund@gmail.com.  Members will have until Nov. 30, 2020 to claim their refund.  Should the Club be required to close again due to COVID-19, we would be unable to offer an extension/reimbursement due to the complications outlined above.

Alternatively, if you would like to consider those nine weeks as a donation to your Club, the Executive would be immensely appreciative and would put the funds towards daily operations, as well as, support for important initiatives such as the CCFR’s opposition to the recent gun ban and to the Nature Trust’s bid to acquire property along the Salmon River.

Again, the Executive would like to apologize for this and hope for your understanding in this unusual circumstance. Thank you again for your patience and cooperation during this trying time.

Last week a letter from the RCMP landed in the mailboxes of licensed firearm owners across the country.

Titled “Announcement of a Firearms Prohibition”, the letter is puzzling because it provides so little actual information about which firearms were banned on May 1, 2020.

For example, the letter says, “Nine (9) types of firearms by make and model, and their variants;” but never tells the reader which nine firearms were actually banned.

The letter further confuses the issue of guns banned by 20 mm bore diameter or muzzle energy greater than 10,000 joules.

“Firearms with a bore of 20 mm or greater, and those capable of discharging a projectile with a muzzle energy greater than 10,000 Joules.”

These are two separate methods to ban firearms, yet the RCMP’s letter implies a firearm must meet both criteria in order to meet the new Prohibited classification threshold.

So why did the RCMP really send this letter? END_OF_DOCUMENT_TOKEN_TO_BE_REPLACED

By Steve Corscadden on June 4, 2020 in Firearms

THE GLOBE AND MAIL  CANADA

Gun-shop owners are reeling from the slow-motion rollout of Ottawa’s ban on assault-style rifles, a measure that has led to the prohibition of far more models than the government had estimated, including dozens that don’t appear to fit the description of assault weapons.

When he announced the ban on May 1, Prime Minister Justin Trudeau said it would affect 1,500 models.

But one month in, the RCMP has added prohibition designations to 1,924 firearm models, according to Armalytics, a pro-firearm website that tracks changes to the Firearms Reference Table (FRT), the RCMP’s database of all known gun models and their legal status in Canada. More firearms are being added every week without any public notice as the RCMP interprets the ban’s language and how it applies to the roughly 100,000 firearms models listed in the FRT. END_OF_DOCUMENT_TOKEN_TO_BE_REPLACED

Today the Canadian Coalition for Firearm Rights filed an Application in Federal Court in opposition to the recent firearm ban announced by the minority Liberal government on May 1. This ban was brought into effect by an Order in Council made by the Governor in Council amending the regulation that classifies firearms in Canada. The CCFR’s Application asks the Federal Court to strike down the amended regulation on the grounds that:

1. The regulation is invalid, unlawful, and outside of the scope of powers the Criminal Code could have delegated to the Governor in Council;
2. The regulation and the means by which is was created and amended is unconstitutional;
3. The regulation and its effect breaches each of the Canadian Charter of Rights and Freedoms, the Bill of Rights, and section 35 of the Constitution Act, 1982;
4. The exercise of the regulation-making power by the Governor in Council was and is irrational, and contrary to clear fact and all available evidence; and
5. Specifically, the firearms purported to be banned by this Order in Council are obviously suitable for hunting and sporting purposes in Canada, because that is exactly what we have been doing with them for decades.

Following the Order in Council, the RCMP began making amendments to the Firearms Reference Table (“FRT”), changing the classification of hundreds of firearms to “prohibited”, thereby unilaterally writing law and creating criminals out of law-abiding Canadians. Accordingly, the CCFR is asking the Court to declare that these purported “bans by FRT” are of no force or effect, both for similar reasons as applied to the regulation above, as well as the fact that the RCMP simply have no legal power to unilaterally make laws reclassifying firearms in Canada and creating criminals out of Canadians. This is especially troubling given that the RCMP aren’t even notifying the affected Canadians about these unilateral reclassifications.

Because the firearms affected by the regulation and the “bans by FRT” are in fact reasonable for use in Canada for hunting and sporting purposes, the CCFR is asking the Court for a declaration of that, and also for a consequential declaration that all of these firearms are to be deemed to be classified as non-restricted for all purposes, and therefore may be enjoyed by Canadians for both hunting and sporting purposes.

In order to protect the interests of Canadians from irreparable harm in the interim, the CCFR is also asking the Court to grant an injunction staying the effect of both the regulation and the “ban by FRT”, until these matters can be properly adjudicated.

This court action is the first in a series of actions planned by the CCFR to defend the rights, freedoms and liberty of law-abiding Canadians.

A copy of the Notice of Application can be found here.

I remember vividly at the Taccom Industry Dinner in 2019 when John Hipwell, founder of Wolverine Supplies, stated after receiving a Lifetime Achievement Award that if the Liberals held power after the Federal Election: “it’s over…we’re finished”. Mr. Hipwell was encouraging political involvement in a room full of industry members whose very professional lives depended on a political outcome. How many of them did so is unknown.
For my part, I dove right in and took the reins as the Campaign Manager for one of our local Conservative Party of Canada candidates. Political involvement has always been a big part of my life. As a firearm owner, politics is second nature and a means to an end in order to continue enjoying The Canadian Shooting Sports.
On October 21st, 2019, the numbers rolled in. My candidate lost and the Liberal Party of Canada maintained control of the House of Commons, albeit with a minority government. It was a dire outcome for The Canadian Shooting Sports Community. There was no question that soon, many firearms owned by some of the most highly-vetted and responsible citizens in the country would be prohibited. It was not a matter of if – but when. END_OF_DOCUMENT_TOKEN_TO_BE_REPLACED

By Steve Corscadden on May 13, 2020 in Uncategorized

I’m betting that you already know at least something about the recent gun bans in Canada that were done on May 1st.

Main reason for writing you is to give you some solid action items that YOU can take which can heavily impact the government decision.

If we all take action together, it is very likely that we can have this reversed. If we do nothing to challenge this, they will no doubt continue down this road until they prohibit our bolt action rifles, calling them “sniper rifles”.

First, we will just brief you on what happened. END_OF_DOCUMENT_TOKEN_TO_BE_REPLACED