Now that the election is over, we can expect the Liberal government to implement its platform promises.  All of the items covered in the 13 questions were things we all want done, but for firearms owners it is important to examine their policies more closely in that area. END_OF_DOCUMENT_TOKEN_TO_BE_REPLACED 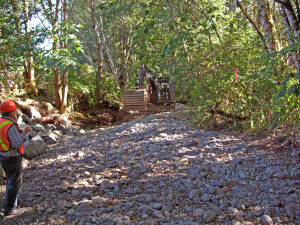 We began by retaining COPCAN EXCAVATING, our long time supporter  in projects around the club, to solve the problems.    After receiving all the permits to allow us to remove the gravel that had washed in and to create fish habitat the work began. The project took one week to complete. END_OF_DOCUMENT_TOKEN_TO_BE_REPLACED 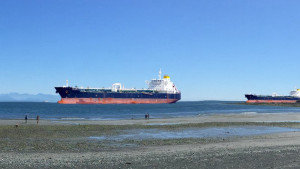 The Pacific Pilotage Authority, which is a crown corporation, is proposing to turn our favourite fishing spot into an industrial parking lot for 900′ long freighters that are waiting to go into Vancouver to load or unload. END_OF_DOCUMENT_TOKEN_TO_BE_REPLACED