The Nature Trust of BC is now a leading non-profit land conservation organization. Since 1971 they have acquired more than 500 conservation properties in British Columbia. END_OF_DOCUMENT_TOKEN_TO_BE_REPLACED

By Steve Corscadden on March 5, 2019 in Conservation

On February 16, with major funding from the Pacific Salmon Foundation, 21 scientists from five Pacific Rim countries embarked on an expedition to the Gulf of Alaska to study the ‘secret lives of salmon’ on the high seas. They are testing the prevailing hypothesis that the abundance of salmon is mostly determined by the end of their first winter in the open ocean. We have partnered with Randy Shore from the Vancouver Sun and Stu McNish from Conversations that Matter to bring you video and editorial coverage of the voyage.  Click through below to get caught up, and tune into our website and social media channels (Facebook, Twitter and Instagram) for ongoing updates until the voyage returns on March 18.

By Steve Corscadden on February 19, 2019 in Conservation

On February 5, the DFO released a letter designed to “communicate the Department’s approach for developing fisheries management actions to address conservation concerns for Fraser River Chinook in 2019.”

The 17-page document identifies “conservation concerns” and is focused on the 2019 Fraser River Chinook.

Page 7 of the document, “Table 3: Summary Table of proposed management actions for Scenario A and B,” discusses actions including non-retention of Chinook over the 2019 season.

Jeff Grout, the Regional Resource Manager of Salmon (and author of the letter) suggests that “If you wish to provide feedback, please do so in writing, by March 1, 2019 to the DFO Pacific Salmon Management Team at DFO.PacificSalmonRMT-EGRSaumonduPacifique.MPO@dfo-mpo.gc.ca. Feedback received will be summarized by the Department and any recommendations on harvest planning will be provided to First Nations and the Departments advisory committees, including the Sport Fishing Advisory Board (SFAB), Commercial Salmon Advisory Board (SFAB), Marine Conservation Caucus (MCC) and Integrated Harvest Planning Committee (IHPC) for further consideration. “

The full document can be downloaded here, and be advised—the window to respond in writing to these proposed management actions closes March 1, 2019.

By Steve Corscadden on June 28, 2018 in Conservation

On June 26 2018 the Marmot Recovery Foundation released the first 3 marmots of the season.
Born in captivity at the Calgary Zoo, this the first time these marmots have experienced the wild, and the speed with which they made that transition was impressive. Within moments the marmots were exploring the world around their new home, and sampling the local vegetation.
There are still more marmots from the Toronto Zoo to be released, but it is great to see the first ones out adapting so quickly after their release! 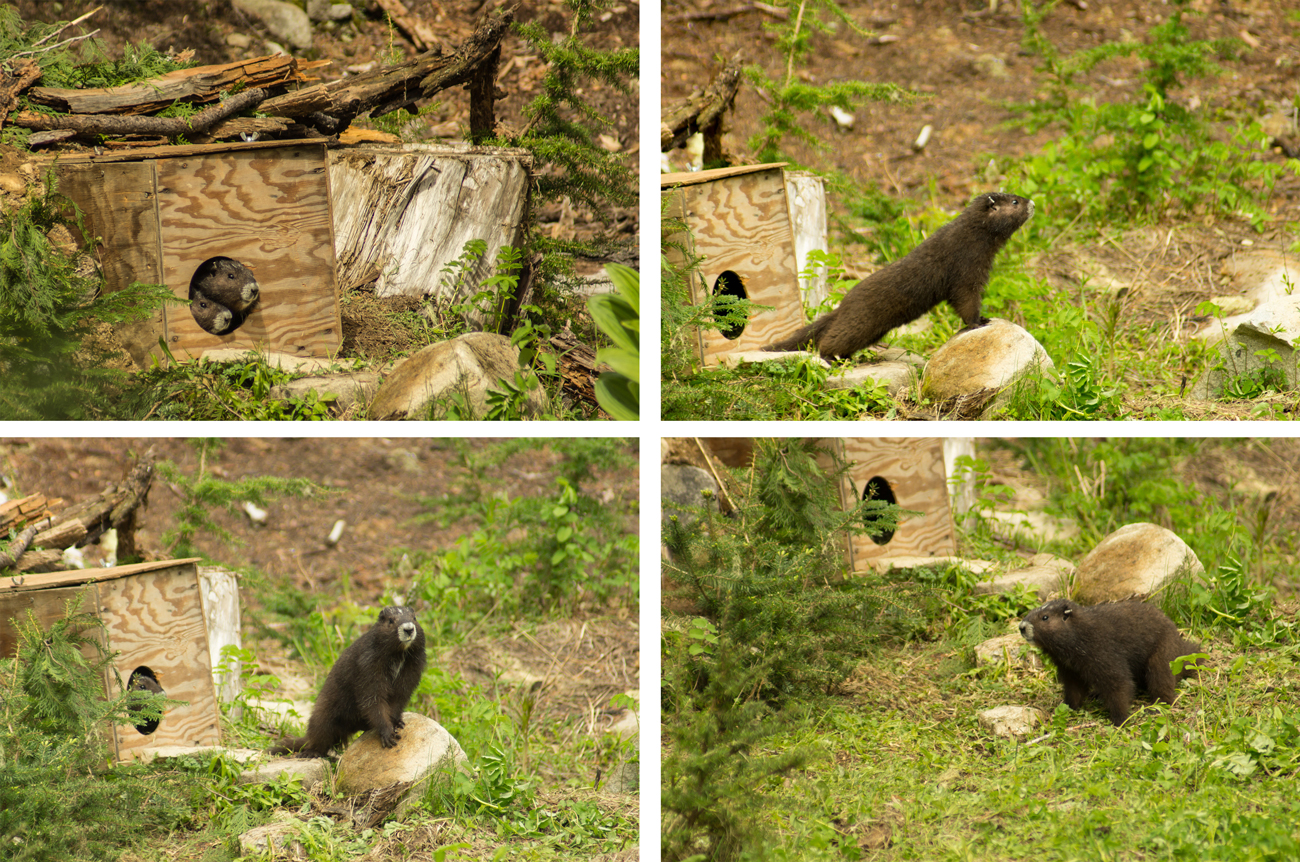 By Steve Corscadden on June 16, 2018 in Conservation 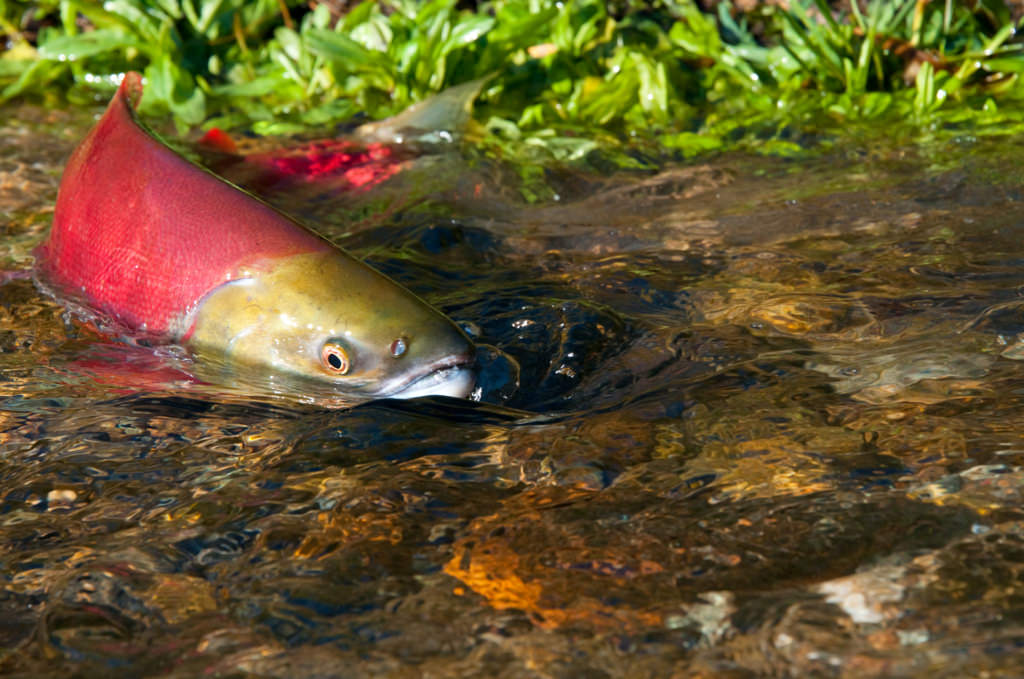 With pressures mounting on wild salmon stocks, the British Columbia government is bringing together experts from around the province to develop a strategy for restoring and sustaining B.C.’s salmon populations, announced Premier John Horgan.
The Wild Salmon Advisory Council will provide key insights and guidance on protecting wild salmon and maximizing the value of this important resource for British Columbia. Premier Horgan announced the new council alongside Lana Popham, Minister of Agriculture, and Adam Olsen, MLA for Saanich North and the Islands. END_OF_DOCUMENT_TOKEN_TO_BE_REPLACED

By Steve Corscadden on January 18, 2018 in Conservation 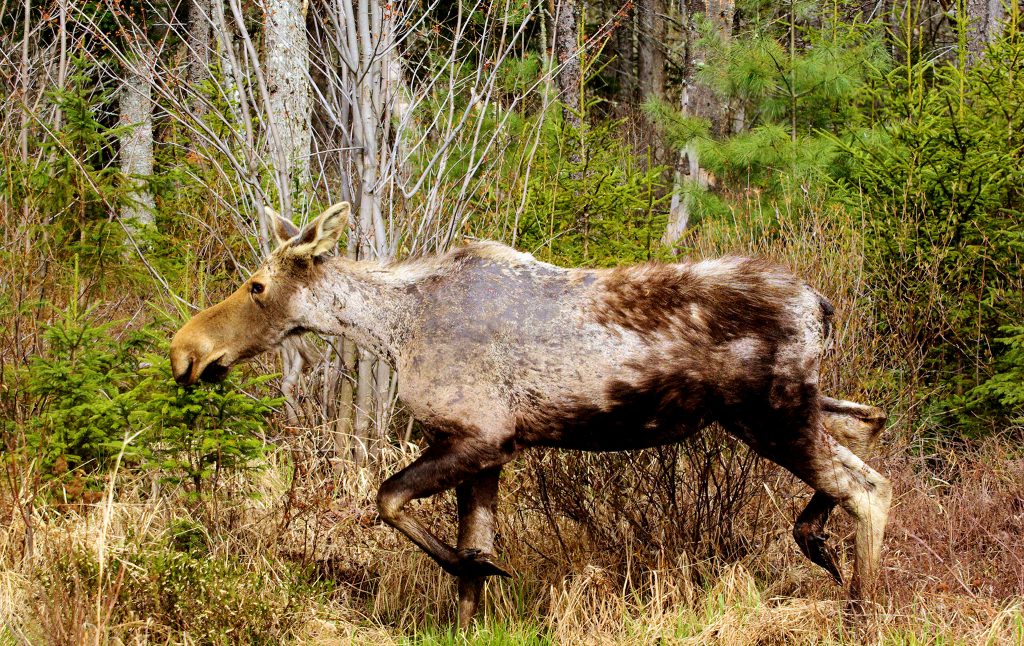 Historic observations of winter tick infestations in British Columbia (BC) is mostly anecdotal, and there is little known about the distribution, severity, and population-level impacts of winter tick on BC moose populations. The Provincial Moose Winter Tick Surveillance Program was established to document winter tick distribution and infestation severity within the province through the use of “citizen-science”. Now in its third consecutive year, the program continues to engage a wide variety of user groups to collect observations of moose throughout the province.

By Steve Corscadden on October 25, 2017 in Conservation

Ministries’ management of grizzly bears did not meet expectations

VICTORIA – The Office of the Auditor General of British Columbia has released a new report:

B.C. is one of the last areas of North America where grizzly bears live in their natural habitat. The health of B.C.’s 15,000 grizzly bears is important because, as an umbrella species, they are an indicator of how well other species and ecosystems are doing.
“Grizzly bear populations in some areas of B.C. are increasing, but this is likely happening independently from an adequate management framework,” said Auditor General Carol Bellringer.
The Ministry of Environment and the Ministry of Forests, Lands and Natural Resource Operations have long-standing, public commitments for managing grizzly bears. Bellringer and her team found that the ministries haven’t fulfilled many of their commitments, including a grizzly bear management plan and the implementation of a recovery plan in the North Cascades. Also absent was an inventory and monitoring strategy of grizzly bears in B.C. and clear policies for bear viewing.
Bellringer’s office did find that the greatest risk to grizzly bears isn’t the hunt, it’s the degradation of grizzly bear habitat. “The expansion of development in oil and gas, forestry and human settlement makes it more difficult for grizzly bears to mate, and results in food source loss, as well as more human-bear conflict,” said Bellringer. An increase in resource roads— 600,000 kms existing and more added every year—also leads to more human-bear conflict, and ultimately, grizzly bear deaths.
The Ministry of Environment and Ministry of Forests, Lands and Natural Resource Operations have undertaken activities to reduce grizzly bear habitat degradation, but have not evaluated whether their efforts are effective.
Bellringer made 10 recommendations, including a recommendation for government to review legislation to clarify roles and responsibilities between the two ministries. This is because the ministries have overlapping responsibilities.

For the BCWF response to the Auditor Generals report CLICK HERE.

October 17, 2017
A message from the BC Wildlife Federation President

In light of the recent government announcement with regards to the proposed grizzly bear regulations (a ban in the Great Bear Rainforest and no retention of “trophy parts”), I urge you to write the Premier, the Leader of the Opposition, the Minister of FLNRO, the critic of FLNRO, the leader of the Green Party and to meet with your MLA. The future of hunting, angling, and conservation in British Columbia is at risk.
It is our early experience with the new government that there is a rapid movement away from science-based wildlife management in favour of social and political hunter management. This issue and these changes are not about grizzly bear hunting, or trophy hunting, they are about sustainable use and hunting in British Columbia. I expect anti-hunting organizations will now move on to attack hunting of other species (black bears, cougars, sheep, goats). Given this apparent decision by government and other recent social-based decisions in isolation of science, I expect the recent marginalization of hunting, trapping, angling, and generally sustainable use to continue.
The following document related to the proposed grizzly bear regulation changes has been put together to help you advocate on behalf of conservation, fish and wildlife. The BC Wildlife Federation will be preparing supporting materials for you to use to advocate for fish and wildlife recovery, and support of hunting and angling into the future.
You do not need to be a subject matter expert to write or meet with elected officials, all you need to be able to do is convey how important conservation is to you and your family, and the principals of the North American Wildlife Conservation Model.
B.C. needs leaders of conservation and champions of hunting and fishing to step forward like as never before.
Harvey Andrusak
President,
BC Wildlife Federation

By Steve Corscadden on September 19, 2017 in Conservation 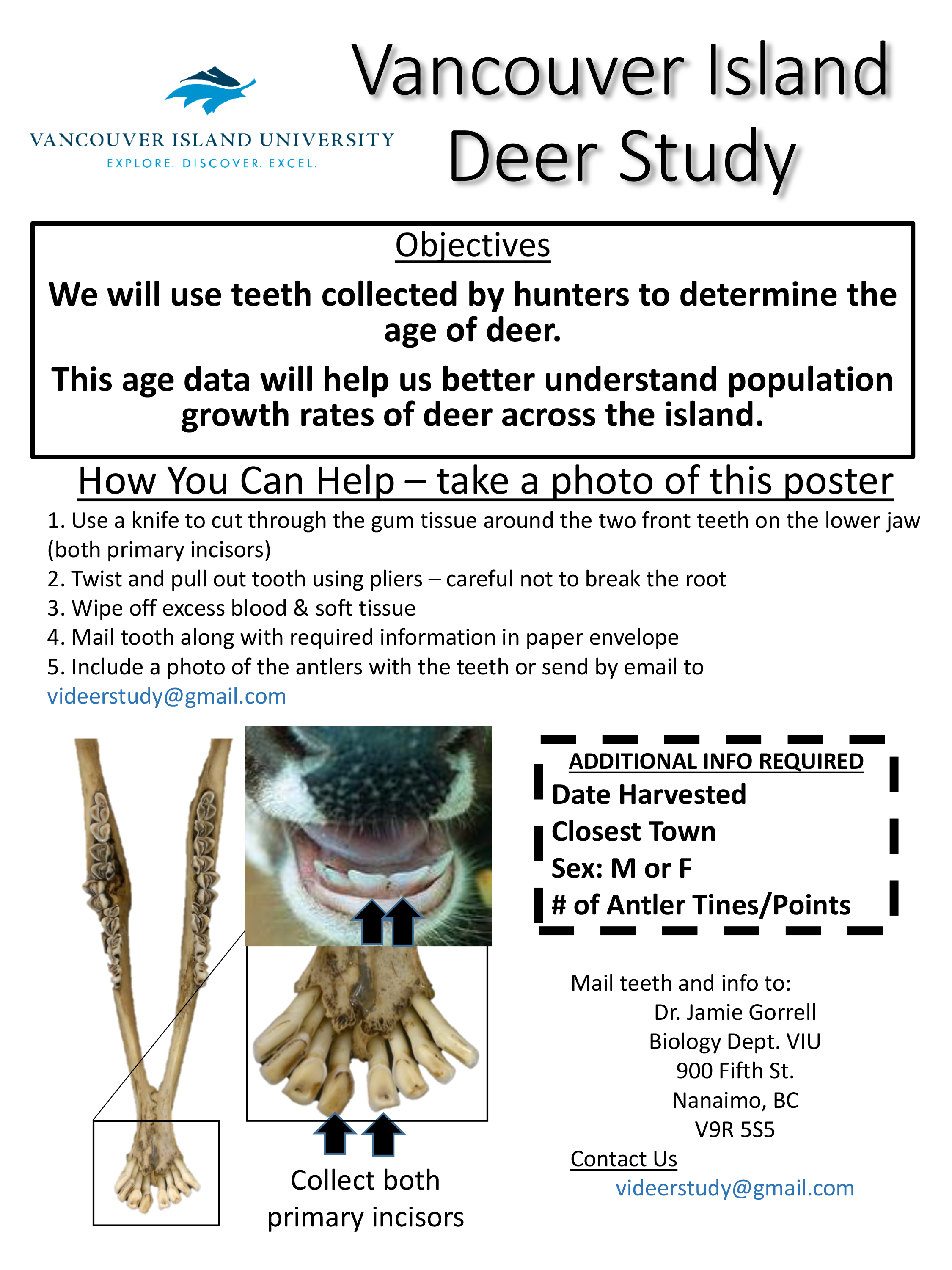 By Steve Corscadden on March 22, 2017 in Conservation

The following article was just taken from the BC Government news website:

As part of the Province’s long-standing commitment to healthy wildlife populations, Forests, Lands and Natural Resource Operations Minister Steve Thomson announced today that all hunting licence revenue will be re-invested to enhance wildlife management activities.
Based on input from stakeholders over the last few years, the government will form a new agency in fall 2017 with startup funds of $5 million. The agency subsequently would be supported by hunting licence revenues of $9 million to $10 million each year.
Currently, hunting licence revenues support a number of government activities. Hunting licence surcharges totalling more than $2.6 million annually would still be dedicated to the Habitat Conservation Trust Foundation for its conservation projects. END_OF_DOCUMENT_TOKEN_TO_BE_REPLACED

By Steve Corscadden on February 26, 2017 in Conservation

What is now HCTF began as the Habitat Conservation Fund (HCF) in 1981. The original HCF was the idea of anglers, hunters, trappers and guides who wanted to increase their contribution to the preservation of species and habitats across BC. These resource users have always “paid their way” through license sales, but wanted to make a more direct investment in conservation by way of an additional license surcharge. In response to this idea, the HCF was established by the BC government with the goals of enhancing BC fish and wildlife populations and acquiring key fish and wildlife habitats. END_OF_DOCUMENT_TOKEN_TO_BE_REPLACED